So far we have visited a lot of my favorite records from this year. And a lot of the artists I want to write about I have already written about here. I am assuming most of you know about my love for JACK WHITE. Writing another 500 or so words on him seems a little pointless, when so much about him on this blog already exists. For those of you who are new to the neighborhood, I will sum it up as briefly as I can.

Track 1: JACK WHITE is my perfect man for many reasons: he plays twisted, perfect guitar. He is a skilled pianist and remarkable song writer, record arranger and producer, as Blunderbuss shows us in every wax and wayne. Dedicated to the details, he is an analog junkie. His live performances can reflect his mood, but he is not the first artist to ever do this. We forgive him for being a diva. WHITE’S records will be timeless. You heard it here first: JACK WHITE will be making many different kinds of records for years to come. We will have a diverse catalog to chose from. I look forward to being a part of it all. I also cannot end this segment without talking about how sexy he is. Call him strange as much as you want, but no other man knows what he wants quite like JACK WHITE. My sister’s college friends who are engaged to be married, Ondriona and Natalia, told me that he is the only man they would ever take to bed. If that isn’t sexy enough for you, I don’t know what it. All I know is, he’s divorced and he likes redheads. Have I mentioned that I’m moving to Nashville? 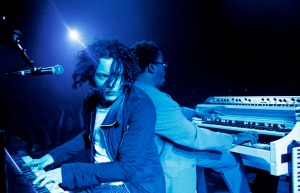 man of choice, number one (DUH)

Track 2: Fiona Apple. The Idler Wheel Is Wiser Than the Driver of the Screw and Whipping Cords Will Serve You More Than Ropes Will Ever Do. If that doesn’t say enough about who Apple is, try this out. She is poetic and majestic on this record. No reverb, no layered guitars, and no over-saturated-modulation. Stripped down to how she wants to be as a woman and as an artist, this record completes my year. I can listen to it ONLY all the way through and sing along to every word. If she wanted, each track could’ve been a single. Having grown up with an older sister who had a taste for Tidal and When The Pawn… I learned early in life to love these records too. But not quite as much as I love this one. Like most records that define an time in your life, I will never forget listening to this late at night on a crowded 90 bus on my way home from work on a Saturday night. I won’t forget walking down U Street in the afternoon and I won’t forget swaying along on the Devil that is the Red Line. I hope we don’t have to wait another seven years for more Fiona.

Track 3: Japandroids. If you follow me on twitter, you know that I over use the hashtag #postnothing. I tweet these lyrics all the time because I am listening to Japandroids all the time. I spent a lot of 2012 thinking about alternative rock, talking about alternative rock and writing about alternative rock. (Coincidentally, I listened to their 2009 Post Nothing more than this year’s Celebration Rock. It was the HYPE over this year’s release that forced me to look back at this band. And boy am I glad I did.) Having just recently seen this duo at the Black Cat – and having my brain quite literally rattled in my scull – they are fresh in my memory as two handsome Canadians who wear pants tighter than mine and rock harder than any group I’ve ever seen. No one else plays drums like David Prowse, I have never seen any one hit a drum like him, keep time like him, sweat like him, yell like him and work hard like him. Brian King was chatty with the crowd – which was an unexpected surprise – and sexy. They were down to earth, set up their own gear and made you want to party with them. Japandroids don’t just put on a show, they put on their show. Although I will say as an audiophile, I am worried about the well being of their fans due to the loudness of their shows. Even at the back of the venue, it was still too loud for people. We’ve all felt that in our bones and it is unsafe. But never before has rock and roll sounded so good. So consider yourself warned. That and if you don’t see this band live, you’re just plain wrong and deprived. 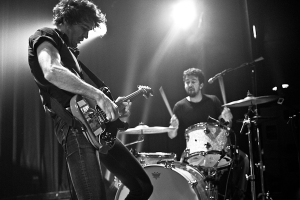 i will marry both of you

Track 4: The Men. Open Your Heart can be considered a punk record. It can also be considered a country record. Due to the variety on it, it can please just about anyone. Energetic as hell, when they sweated it out here in July at DC 9, they officially converted me as a life long fan. A stand out live show of the year for me personally, their record should also be a definitive inclusion on your year end list as it is on mine. This band is terrific. Although with the newly added bassist, Ben Greenberg, who also acts as their engineer, their sound has changed from the group’s previous records that thrash hard(er) and are more experimental on all fronts. Having listened to their previous Immaculada and Leave Home I can tell you that Open Your Heart is their strongest as a group. It is arranged better. Longer tracks exist, but they don’t open the record. And instrumental pieces are sprinkled in just so. Instrumentals are usually unheard of in ‘modern music’, especially on punk records. But on Open Your Heart you can’t help but love them. It shows us that The Men are sure of themselves, they love being musicians. And we love that about them.

Track 5: Titus Andronicus. FULL DISCLOSURE. I have a major crush on Patrick Stickles. That’s not just because he’s a literary-musical genius. OK, well maybe that’s the reason. (I also have an affinity for beards. But sadly, Stickles doesn’t wear one anymore.) After seeing him at the Rock and Roll Hotel this year over on H Street and listening to The Monitor for a substantial amount of hours, I can tell you that if you haven’t been listening to this year’s Local Business, you are depraved and looney. An homage to all things local not just in its title, but how the record was made (and the videos) the lyrics speak louder and louder, maybe even louder than the music itself. Sure his lyrics are a mouthful, but he knows what he’s doing. Stickles breaks the fourth wall, he is an advocate of community and the bare bones of life. Still living at home, even after this ‘success’. He could’ve planned a monster-attack of a record to show up 2010’s The Monitor. But he didn’t. He did what he wanted to do, made the record he wanted and is proud of that. “Still Life With Hot Deuce On A Silver Platter” might be the greatest song title anyone has ever written. It is an even better song. His songs have movements (with piano breakdowns!!), and I’m talking about the classical/prog-rock kind, not just the kind you want to throw yourself around a room to (but you’ll still want to do that.) Cheer up. Because Titus Andronicus is a band and they release music.

← You Saw This One Coming: Dirty Projectors on the Year End List
We Will Not Fear. We Will Fear Fun. Father John Misty Finally Shows Up On The Year End List →