When Titus Andronicus’ 2010 record The Monitor came out, I foolishly didn’t pay much attention to it. Let’s just say that my inner-punk hadn’t fully blossomed. Since living in Washington, DC I think I’ve completely latched on to some kind of punk roots. Maybe its the DC hardcore history? Or maybe its my high school years surfacing: where I listened to pretty much nothing but the Clash. When asked my favorite genre, it’s likely that I respond with punk. Titus Andronicus is definitely on the top of that list. 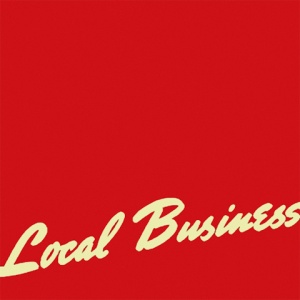 Titus Andronicus is a special kind of punk band. Their songs are long, unlike the usual two and three minute punk songs we’re all considering. They  have movements and tell lengthy stories of American history (which is what The Monitor is named after: the USS Monitor). With screaming choruses, their lyrics can be complex jumbles. They support punk roots through DIY production, while their records live in a Damn-The-Man world, sonically and politically. This band does things the way THEY want to. And they are successful for that. Titus Andronicus is many types of punk. They innovate in their song writing many ways, but particularly by way of the piano breakdown: which are my favorite. If anyone said piano can’t be punk, they’re wrong. And they haven’t listened to Titus Andronicus’ records. Specifically on the 5:31 long track “Still Life With Hot Deuce On Silver Platter” [below] does it get particularly excellent.

As a band that delivers on a promise like they do, their young age doesn’t get in the way. Titus Andronicus knows what they’re capable of doing and they execute it perfectly. They aren’t afraid to show us their gullets and light us on fire. Especially Patrick Stickles, the Titus Andronicus brainchild who also plays lead guitar and sings lead. You might recognize his epic beard from the press of The Monitor, but now with a clean-shaven face, it’s surprising how young he looks compared to how developed his song writing is. I think their youth is highlighted perfectly in this episode of Pitchfork Weekly: they discuss their new record, snidely ‘respect’ higher education at a band member’s absence for college, and celebrate a band member’s 24 birthday. Youth matters, they know it and they show us how they can do it better than anyone else.

The band gets their name from the William Shakespeare tragedy of the same name. The play is full of revenge, violence, and blood. And if revenge had a sound, it would sound like Titus Andronicus. Everything about this band is planned and thoroughly. (Just how it should be.)

The new record, Local Business, out on October 22nd (Monday!) on XL Recordings. It shows us even more that Titus Andronicus loves being a band. The record  gets its name from the band’s effort to support local businesses, which is exactly what they’re doing. Recently they made four music videos in four different Brooklyn local businesses.

Titus Andronicus developed their sounds without losing their identity, as the first single “In A Big City” shows us [below] while  not so discretely breaking the fourth wall: “I grew up on one side of the river/ I was a disturbed dangerous drifter/Moved over to the other side of the river/ Now I’m a drop in a deluge of hipsters.”

If you live in the DC area, they are playing the Rock and Roll Hotel on the 24th (next Wednesday). Tickets are still available. And I do believe that it will be a body smashing, ear bleeding good time. If this band hasn’t been on your radar, they need to be. [Below, my favorite runaway track from The Monitor, “A Pot in Which to Piss.” Enjoy.]

← here there and everywhere: what i find on the internet and why you need to care.
Fiona Apple is better than you (and me.) →

One thought on “Titus Andronicus/Local Business”