He’s Earl Sweatshirt, And We’re Not.

At the age of nineteen, Earl Sweatshirt is anticipated. Our culture has seen this narrative many times before. Between pop stars and child actors, it’s either all a big surprise or the whole thing is meticulously planned by a team of people the public never sees.

And while he probably has a little of both, on top of it all, Earl’s already had a unique (and probably strange) experience. His mom sent him halfway around the world to boarding school in Samoa for about a year, to help him through a “rough patch.” Samoa is a tiny island with a population just smaller than Akron, OH. It’s hard to imagine the level of culture shock. When you are raised in a city like Los Angeles (and have friends like Odd Future) the last thing you want to be, is sent away to a remote part of the South Pacific. Since he’s returned, after all the talk of FREE EARL, how could we expect him to ignore (or even forget) the world he was supposed to be escaping? I’m not saying it’s his duty to be a part of something bigger than himself, but if I was – I get the sense Earl would agree. (Really, though. How could he forget?)

Which brings us to Doris, the major label debut that fans have been waiting for, for years. 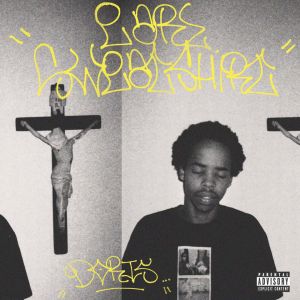 Doris says a lot about someone who has a lot to say. Earl’s lyrics are gloomy, spooky even, and the melodies themselves are uptight. The production is careful (more careful, than say, other youthful contemporaries) and the stories are heartbreaking. Nineteen is an elastic year. It’s when you’re figuring out who you want to be. It’s when you’re deciding what you want to be. (Or, at the very least, it’s just the beginning.) Earl Sweatshirt has the privilege, like many others, to do this in front of millions of people – fans who have spent most of this time keeping track of his absence. A lot of people collapse under the pressure, some handle it better than others. Some can even deliver and few can even break the fourth wall.

“Chum” spells it all out for us, piecing together the psyche (“get up off the pavement/brush the dirt up off my psyche/psyche”) of…something. Of someone. Maybe Earl knows, or doesn’t. And whether or not he knows what he’s looking for, Earl is in on the joke. Originally released as a single last November, “Chum” works well on the most basic of levels – because it’s all hook. The piano makes it real, relatable almost, as if you’re watching someone play the simple progression. Yet it’s the lyrics that make you sure Earl isn’t so sure. It’s self-referential, it’s meta, it’s whatever you want to call it. But either way, Earl as a writer, is hitting high notes.

“Too black for the white kids/too white for the black/from honor roll to crackin locks up off them bicycle racks.”

Wait for the end of the track and at the 2:54 mark, there’s silence and the “chord change” and a new “movement”. It’s all synth, drums (that are a little too familiar) and it sounds like it got off topic from the rest of the album, before fading into black. (Which can remind you that the difference between a well-crafted mixtape and an album is a thin line.) Then, the voice at the end of the tunnel is Tyler, opening “Sasquatch” with his deep, unsettling timbre.

But maybe it isn’t “Chum.” The whole record has this theme. The theme of connected dissonance. It’s how it enters your brain, swims around in your imagination and then, maybe leaves a few days later.

Piecing together Earl’s psyche, is almost too easy. The reason Earl signed with Columbia, instead of taking more money from an even bigger name, is to be sure the Odd Future label can be on his albums. (Wolf pack it is.) And the album opener “Pre” mimics early Odd Future (like “Splatter“) synth work – simple and dark. The production on Doris, overall, mimics the straightforward nature of the Odd Future equation: stable, yet unusual, beats and complicated rhyme schemes with even better writing.

Piecing together Earl’s psyche, is almost too easy. Interpreting it is the hard part.

On “Burgundy” Earl opens with, “My grandma’s passing/but I’m too busy tryin’ to get this fucking album crackin’/I see her/so I apologize in advance/if anything should happen/my priorities fucked up/i know it/afraid i’m gonna blow it/and when them expectations raisin’/cause daddy was a poet/right/talk all you want/I’m taking no advice.” There’s that elasticity I was talking about.

Doris seems to have a hold on everyone involved (the audience too.) It’s personal, over and over. Frank Ocean (who is not my taste at all and needs to help put a stop to this fade-wave of R&B he helped usher in) unleashes his own reservations on “Sunday”: “what good is west coast weather/if you’re bi-polar/if Im’a need this sweater/I’d rather be where it’s cold/be where it snows.” Questions are raised, existential and otherwise. Particularly, can Frank Ocean please make a hip hop record? (Don’t forget his break on “Oldie” – it’s the 5:20 break.)

Then you have “523”, 1:32 of supreme, unnecessary, but wanted instrumental. Like he’s showing us what he’s capable of (its the only track listing no producer) and is holding it all back.

And on “Guild”, both Earl and Mac Miller’s vocals are slowed down (another familiar Tyler trick). It balances out their timbres, between Miller’s usual – the easy, light-footed soprano – and certifies Earl as the track’s villain. All while the trance of the bass keeps the nervous pace of the record.

“Molasses” chimes like a nursery rhyme. It reminds us, again, of Earl’s adolescence and is enticing – “99 problems all gone in that one joint”. For a second, you’ll forget the muddy undertones of Earl’s story. Until the hook, delivered by RZA, “I’ll fuck the freckles off your face, bitch/we could do this shit all night.” (Who said hip hop wasn’t misogynistic? I kid. We all say that.)

Then, Tyler breaks the fourth wall opening “Woah”: “Fuck that/niggas think ’cause you fucking made Chum and got all personal that niggas wont go back to that old fucking 2010 shit. ‘Bout talkin bout fucking n all that. Fuck that, nigga”. It’s a record that references itself. The track’s production – and the reason for its success as a single – is the record’s prime example of the Odd Future equation (and, if you needed reminding, proof of Tyler’s skill as a producer). It’s the schoolyard, bled-out ‘Whoaaaaaa’ linking the beat of simple bass and the annoying exchange of two notes on the synth. Not to mention the “G-O-L-F-Dub-A-N-G” that Tyler chants at us whole way through, reminding us who Earl is and what he’s a part of.

“Horse” opens, sounding like a weird Tom Petty and/or Radiohead-wannabe reject, featuring guitars, synthesizers and what’s typical for indie tracking. It’s out of place and it’s one of three songs – of the fifteen – that ONLY features Earl. This song seems so sonically out of place. I love it. More questions arise. Can Earl make a rock record?

Doris is out today on Columbia. SPIN’s Impulsive Review features only men discussing the record (I guess only Kanye solicits all women discussing his music) and Stereogum held a Comment Party this past Friday. The Fork named it Best New Music yesterday. Get Doris from the OFWGKTA Tumblr. Myself, I’ve listened to it about five times all the way through. And I’m already jealous of those who haven’t heard it. In fact, I’ll probably spend some time away from Doris and more time with Earl – his 2010 self-released mixtape (which is full of a lot of industrious samples and Tyler raps “got you niggas shakin like it was Parkinson’s” – which, we’ve definitely heard since 2010 – download it here). I also have plans to live-blog Chance The Rapper’s mixtape, 10 Day. (Because my obsession with him still stands because he is excellent. So look out for that and download 10 Day here.)

As for you, you should definitely listen to Doris. If you like hip hop, or not, it is a worth while piece of hard work, full of charisma. It brings up a lot of questions. You’ll question yourself, and Earl, and you’ll wonder what really goes on in the head of a nineteen year old. And you’ll wonder about yourself at nineteen, thinking could I have made this? And isn’t it remarkable that he did?!

I only have one literal question left. Who is Doris?

← Loose Bass Strings Are My Boyfriend. Segall’s “Sleeper” Is Romantic Psychedlic. Marry Me.
I Live-Blog #10Day Because Chance The Rapper →

One thought on “He’s Earl Sweatshirt, And We’re Not.”