What Have You Been Listening To Lately? White Girl Writes About Hip Hop (Again): Miller, Joe and Chance

My favorite question to ask people is, “What Have You Been Listening To Lately?” It’s a nice way to let someone open up about music. The value is in how different people talk about music. People forget that what they say is important. I don’t care how few people read your blog (or mine). It just matters that it’s out there.

Since May I’ve been living my life in a deep end of hip hop. I’ve been packing, cleaning and moving to it. I’ve been driving with it on the stereo and listening to it in my headphones on the Greyhound. I’ll play it on the radio while I unpack my room and my mom asks, “who is this artist?” (“He’s a 21 year old from Pittsburgh,” I’ll reply.)

I’ve been listening to the same hip hop over and over again. And it has yet to bother me.

Sometimes I think about rock music. And I think about how much I love rock music – and I miss it. But then I remember everything ebbs and flows, and that one day I’ll eventually find some peace in loud, loose bass strings again. 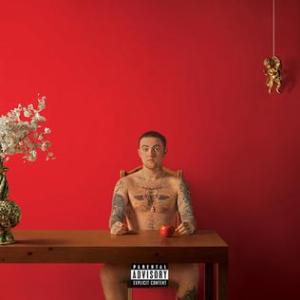 For now, it’s been about a month of Mac Miller. I found this record via Noisey Music. Mostly, I stalk them all day. So, don’t tell me it’s hard to find new music. Because they do a damn good job of it.

Mac Miller is 21 years old. Watching Movies With The Sound Off is his second record. Since 2011’s Blue Slide Park, some people have a problem with Miller and his frat boy appeal. But Watching Movies is much more than that. This record has a multiple personality disorder. Miller has been through some shit and as he recovers from addiction – and from living in a “small town” like Pittsburgh – we forgive him, because when you’re 21, you don’t really know what’s best. (Like the repetitive nature of “it must be the drugs” on “Red Dot.”) That’s when you rely on your friends, like Earl Sweatshirt and Ab-Soul and Action Bronson and Tyler, The Creator and Schoolboy Q.

This record is soothing at night. It fits like a peg in the late afternoon and it makes you happy and uncomfortable at the same time. “Matches” with Ab-Soul sounds like a nursery rhyme at times. [Hear it below.] It’s charming and particular. Watching Movies will make your heart skip a beat every track or so. It will engage your whatever. His rapping tends to be more like singing, but his production brings everybody to the front.

The hip hop that’s out there today is hit or miss. And Miller’s latest is definitely a hit. It’s orchestral and mechanic at the same time. There are even some drum machines on there, which breaks my own rule, but Miller helps me forget them.  Watching Movies does everything you want it to. It’s vulgar and it’s simple. He speeds up his vocal tracks (unlike Tyler’s slow-down alter ego) which accessorizes and emphasizes his youth, strictly pointing out that Miller is growing up, right in front of us. (“Ignorant ass white kid/but I’m still bicyclin’ and recyclin’/and I’m still eating gummy bear vitamins/all my bitches taking Vicodin/huffin’ nitrogen.”) The best part about this record is, it’s long. Each of the 16 tracks changes your mind.

You’ll have plenty of time to change your mind about him. So, all I need to tell you is, Listen To Mac Miller.

Back on May 10th when I wrote about Chance and since then, it’s been nothing but. I can’t stop won’t stop with Chance. I am still not sick of Chance The Rapper’s Acid Rap. I can listen to it everyday, and likely, I have. The record is long: full of diversity by way of sing-a-longs, gasping yelps! and flamboyant bragging. It pleases every sensory center.

I could tell you that, once when my roommate said the words, “Cocoa butter” for a totally unrelated reason, I nearly shouted out, “KISSES! Cocoa Butter Kisses!!” on the street. I could tell you that on, or off, I will unwillingly and unconsciously recite you every line from Acid Rap. I think to myself, “Where the fuck is Matt Lauer at?/somebody get Katie Couric in here” and “down here/it’s easier to find a gun than it is to find a fucking parking spot.”

Sometimes Chance’s voice sounds adolescent. The timbre is light and fluffy. And he gasps these “wwwwahhhhhwwwupppps!!” and “aaaahhhh!!!ss” (you know the ones I mean.) This record has me saying “BLAM,” which only means one thing. My mom started saying, “BLAM.”

Everything about Acid Rap is perfect. I will go as far to say that it is my record of the year. When Childish Gambino’s verse from “Favorite Song” comes on, I can guarantee that I am not listening to you when you talk. I’m researching Donald Glover (did you know he went to TISCH?!) and I’m singing along. [Hear it below.] When “Juice” comes on, I am thinking about how much Juice I want to drink. It makes me want to yell, “I GOT THE JUICE.” And, “ahhh!!” Nothing yet has come in close in comparison to this record. The last track, “Everything’s Good” has this heart-warming recorded phone call between Chance and a family member, who speaks highly of him. “Chance, you have done remarkable and wondrous things…” Every time I hear it, I nearly cry. Acid Rap makes me want to go to Chicago. This record makes me want to never stop driving around aimlessly. Acid Rap is sticky. It sticks in my brain.

Joey Bada$$ seems to be doing everything right. And he already knows the dangers of this game. “Somehow the rap game remind me of the trap game,” he croons. “There’s 47 ways to get this green/one is being an enslaved being, the other dreams.” This is probably why he didn’t want to sign with Jay-Z’s Roc Nation.

Don’t care that The Fork calls him “an 18-year-old curmudgeon.” Or that SPIN is telling people his star isn’t shining bright enough. Wouldn’t you rather the artist work it out on his own? And sweat it out to sell records? Joey knows that signing with Jay would’ve been the easy way out. Joey’s character (and record) seems and sounds better than Jay’s latest mess and how he sold it out for all of us. Signing with Jay would’ve been a way to sell units and gain notoriety. But Joey’s actions speak louder than signing with RCA for $3 million and calling it a day. 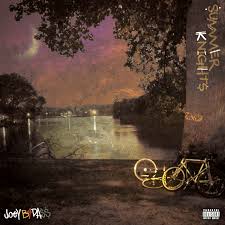 The tracks on Summer Knights are thick. They contemplate and wonder everything every 18 year old wonders: what’s this all about, really? (Actually, the real secret is – that’s what we’re all thinking, all the time.) With the loss of his best friend and collaborator, Capital STEEZ, this past December, Joey sounds aware of how hard life can get.

“This is the song I wrote if I died” he swigs on “Death of YOLO.” “Hillary Swank” disses the momentum of “swag” (thank god: maybe it’s finally over?) while gliding over soul drum fills and horn choruses. [Hear it below.]

Summer Knights is simple and silk smooth, massaging your brain lobes the same way a summer night does. Over the 17 tracks, Joe’s voice gets some rasp. He’s working hard, and it shows.

Oh, and yeah. I’ve been listening to Kanye West. Because – you know why.

One thought on “What Have You Been Listening To Lately? White Girl Writes About Hip Hop (Again): Miller, Joe and Chance”