sweatin’ in the summertime: live music, mixtapes and anticipation

There’s no reason not to break my own fourth wall here. My absence has been due to many reasons – traveling and work. Since I haven’t been to a show since last month’s sold out tUnE-yArDs, there are more to look forward to.

In this sweaty sweaty month of July I will be squeezing into DC9 to see the Men. I also have myself a ticket to the sold out Best Coast show at the 930 club.  With friends, I’m seeing WILCO out at Wolftrap in Virginia. (WILCO DAY, PEOPLE!!) The following weekend I’ll be in Dover, DE at the Firefly Music Festival along side Jack White, the Black Keys, Cake, the Wallflowers, Modest Mouse, Fitz & The Tantrums, Michael Franti & Spearhead, OK Go, the Felice Brothers – and more. The following Tuesday there are some tickets to see Surfer Blood at the Rock and Roll Hotel on H Street.

Which brings me to August. I have a ticket to see Dirty Projectors at DC’s 930 club. They actually just added a second show since the first sold out. I’m excited to see Wye Oak live. Michael Azzerrad raves about them and considering he’s my hero, I need to be just as excited for this Baltimore band. While it’s a little early to list out other shows I’ll be attending in August, I can say I bought a ticket to Dinosaur Jr.’s October show at the Black Cat, which I will most definitely lose my hearing from.

Over at the New York Times, Dirty Projectors’ are streaming their new record, Swing Low Magellan, due out this Tuesday (7/10) on Domino. While Bitte Orca was my favorite of 2009, this record sounds promising. Its inducing heavy day dreams. This record is already in the running to my 2012 favorite. Let’s see what else is in the competition. 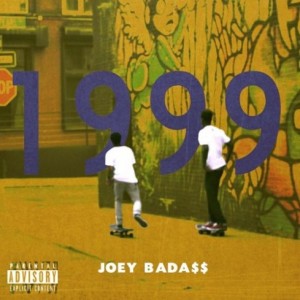 While I thought my favorite mixtape of the year would certainly be Action Bronson’s Blue Chips that he released in March – the  coverage surrounding Joey Bada$$ is everywhere.  This kid ( he’s 17!) from Brooklyn did a nice interview piece with Pitchfork (who seems to be getting everyone from Paul McCartney to Wes Anderson to talk to them these days)  and caught my eye randomly. His recent self-release, 1999, is superbly excellent. The production is smooth and swift. And his lyricism is brand new and sharp.

Another heavy competitor for the top slot is Fiona Apple. I’m sure no one will argue with me here that The Idler Wheel… is an excellent contribution to society on all fronts. Its a beautiful record full of Fiona’s finest poetry. Produced by her and her drummer Charley Drayton, explaining the inventive percussives and memorable hooks, its THE contender for record of the year. (Remember, you heard it here first.) As a huge Beach Fossils fan, I was highly anticipating the new side project of Zachary Cole Smith, DIIV. Their record Oshin sounds like itself and you could certainly confuse it for a Beach Fossils record. Their Best New Music review seems to be too much to me. Oshin is meant for an afternoon, not for the long-run. But then again, you decide.

That isn’t the end of the list because we have more to look forward to from Ben Folds Five, Wavves, Aimee Mann, Man Man, Surfer Blood, the xx, Yeasayer throughout the year. Also keep in mind that Beck has a new record due out sometime this year. And don’t forget about surprise releases.

I can say those making my list also include The Shins, Here We Go Magic, Jack White, Father John Misty, the Men and my most recent obsession – all things White Fence and Ty Segall. What’s on yours?